There was a time, when from Nablus to Bethlehem, Ramallah to the West Bank, from Madaba to the Jordan Valley, a story of tribes & memory was woven into embroidery. Between the 19th and 20th centuries variations in style, colour and pattern of dress were used to reflect cultural and family affiliation, birth, marriage and death, as well as social structure.

After the 1948 and 1967 wars this form of embroidery became a national symbol for Palestinians in particular. Relegated to refugee camps and scattered across the corners of the Middle East, these imaginative patterns woven into fabric began to evoke, like the orange trees of Jaffa or the village life of Nablus, a beauty lost through War.

As modernity advanced and a temporary situation became ever more permanent, the memory of societies and townscapes decked in the colour of these fabrics began to fade. In the monochrome fog of a never-ending struggle old ways of being became ‘traditional’, and the dress of a previous generation became at best a ‘luxury’, and at worst an anachronism.

Few at the time realized that within these seemingly quaint robes precise information on social morphology, on the cross-fertilisation between Jordanian, Syrian, Bedouin and other Arab cultures, as well as geographical and other ethnographic details had been encoded in a visual language.

The Widad Kawar costume collection represents a story of human beings, and a form of history itself, woven in thread.

Created over the course of a lifetime, the collection includes more than 2000 pieces of wedding garments for women and men, everyday wear, children’s garments, head veils and dresses for women and men, as well as jewellery and amulets, home utensils and religious robes. It ranges from the simple and homespun to forms of craftsmanship, for example the use of gold and silver plated thread, which are extremely rare.

The Collection is about much more than preserving the past. It is about renewing it, for many generations to come. 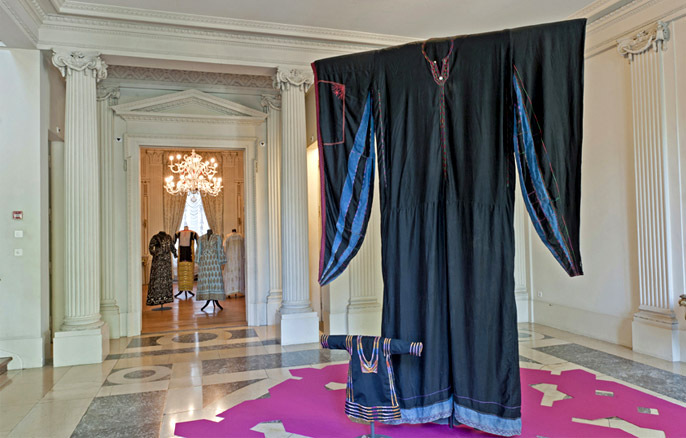 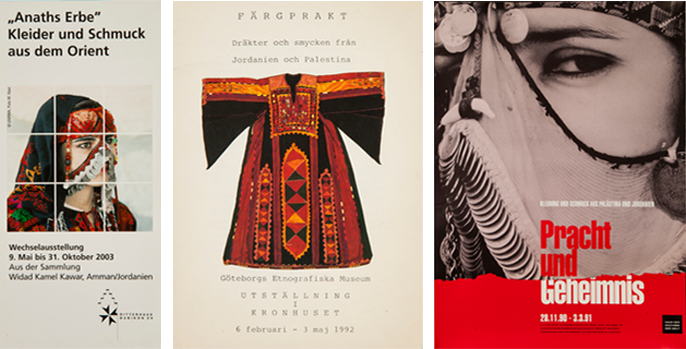 Tiraz welcomes requests to lend items from the collection to exhibitions that are open to the general public and raising the awareness of the value and importance of Arab textile heritage.