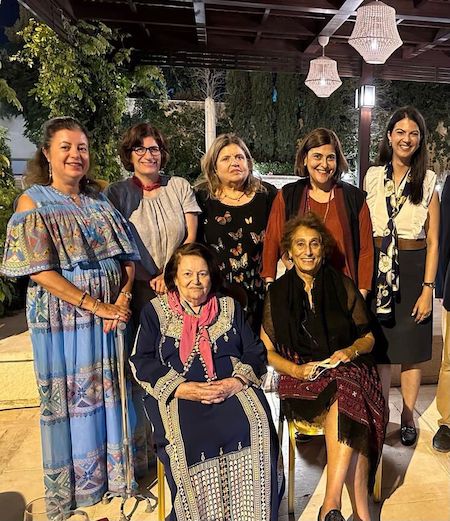 An evening with Suad Amiry

by Laila Mushahwar
In an evening dedicated to celebrating cultural heritage in the region, Suad Amiry spoke about the cities of Jerusalem, Damascus, and Jaffa as sources of inspiration for her work in architecture and as an author. The event was organised in honour of Widad Kawar and her lifelong work preserving and documenting traditional costumes from Palestine, Jordan, Syria, and other Arab countries. Suad Amiry is an award-winning writer and architect. Her recent title, "Mother of Strangers”, is based on the true story of two Jaffa teenagers between 1947 and 1951. Thank you to Mr. Rudain and Mrs. Taima Kawar for making the evening possible. 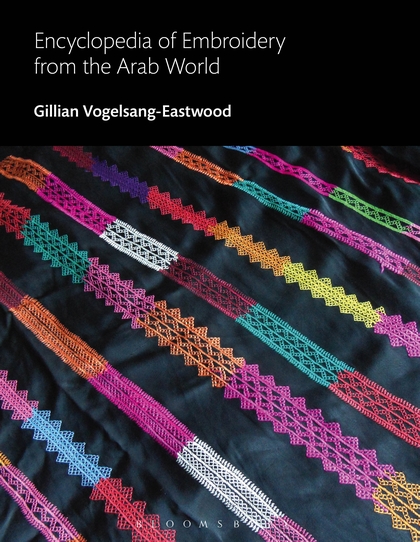 Encyclopedia of Embroidery from the Arab World

by Tiraz Centre
Tiraz is pleased to announce that Widad Kawar (founder) and Layla Pio (consultant) are two of the main contributors in the "Encyclopedia of Embroidery from the Arab World", a publication that has won the 2017 Dartmouth Medal for most outstanding reference work - one of the most prestigious reference book awards in the world!

'Ya Hafeth Ya Ameen' Exhibition

November 17, 2015
(Office of Her Majesty – Press Department – Amman) Her Majesty Queen Rania Al Abdullah inaugurated today the TIRAZ Exhibition: Ya Hafeth Ya Ameen, the collaboration between the collections of Widad Kawar and Sami Moawiyah Yousef, in an exhibition on protective silver adornments from Jordan, Palestine, Syria, Lebanon, Iraq, Yemen, and Oman.
The exhibition holds a wide selection of silver jewelry incorporating amulets and talismans from the early 20th century; a full costume of each representative country, outlining some of the superstitions of people from that era. The various pieces were used in a time when people widely believed in supernatural powers.
TIRAZ Widad Kawar Home for Arab Dress’s permanent collection was also on display and has evolved to include a more extensive collection of costumes and home utensils from mainly Jordanian and Palestinian cities; this was done with the help of TIRAZ’s foreign consultant Brigitte Schön from Switzerland.
During the time in which the exhibition is on display, visitors will be able to create replicas of their favorite amulets, while a treasure hunt among the showcases of different areas is underway and will be launched for children to enjoy during their visit.
About
TIRAZ is a non-profit organization that aims to preserve and promote the region’s rich cultural heritage, and is able to do this with the help of the public the sponsors’ contributions to the exhibition including Abdul Hameed Shoman Foundation, Kawar Group, Ard Canaan, Mazaj FM, Trendesign, Intercontinental Hotel, and Al-Aydi.
Ya Hafeth Ya Ameen will run until Monday, 28th of March 2016. For more information, please contact: 06-592-7531 / 077-766-0055