“The house I grew up in was different from other homes. The women that my mother collected the dresses from were always around us throughout my childhood, and even later during my adulthood.” Mary Kawar

Widad Kamel Kawar was born in Tulkarem, in the Nablus area of the West Bank. The family soon moved from Tulkarem to Brummana, Lebanon, and then, in 1941, to Bethlehem. Widad recieved her education in the Ramallah Quaker School. During some vacations the family would go to Aboud, her mother’s village, in the Ramallah area. Ramallah and Bethlehem, both considered significant cultural heritage centres in Palestine, had a tremendous impact on Widad as a young girl.

It was during those vacations that Widad fell in love, and began to appreciate, the nature of Palestinian village life in the 1940s. She learned about costume and embroidery, as well as the intricate social relations of the village, particularly among the women. She remembers how every day after lunch the women of Aboud, old and young, would put on their best clothes to get together and embroider. On one occasion a relative gave her two “Thobs” – or “traditional costumes” – one of which dated back to the 1800’s.

This was the beginning of The Widad Kawar Collection.

Later, Widad married Kamel Kawar and moved to Amman where her husband and family had settled. She started a family, all the time continuing her own work. Widad was a member of the YMCA as well as the Women’s Auxiliary of the United Nations Relief and Works Agency, a special body created after the Palestinian exodus in 1948. She also volunteered in Hussein and Wihdat refugee camps, in Jordan.

The 1967 war had confronted her with a new reality: the villages of Palestine, and the country itself, were now occupied. Widad began to collect genuine examples of the attire of each geographical area in Palestine more purposefully, afraid that they would be lost or influenced by the emerging refugee camp styles. She collected marriage dresses from happier times, cushion covers and home decorations, as well as handicrafts, weaving and pottery. Only later did she begin to truly understand why she was doing this.

Today, Widad is a patron of the preservation and modernization of the Arabic dress as an art form both in the Arab Region, and beyond. She mentors writers, journalists, researchers and museums from her house in Amman which is always open – and which for many years has housed the collection in its entirety. She has been a pioneer in raising the awareness of the value and importance of Arab textile heritage, through exhibitions in Bahrain, Denmark, France, Germany, Japan, Kuwait,  Jordan, Iceland, Norway, Saudi Arabia, Singapore, Switzerland, United Kingdom and the United Arab Emirates. She has also published several books and articles.

Widad Kawar has received medals from the government of Jordan for her work, and recently received the Prince Klaus International Award for Culture and Development for “her invaluable contribution to securing global cultural heritage.” 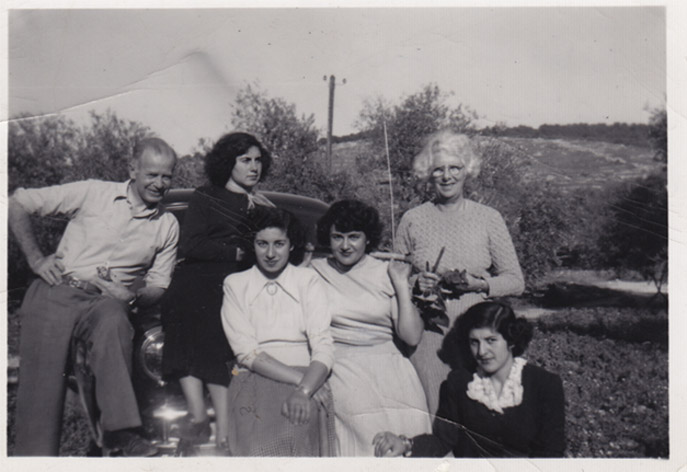 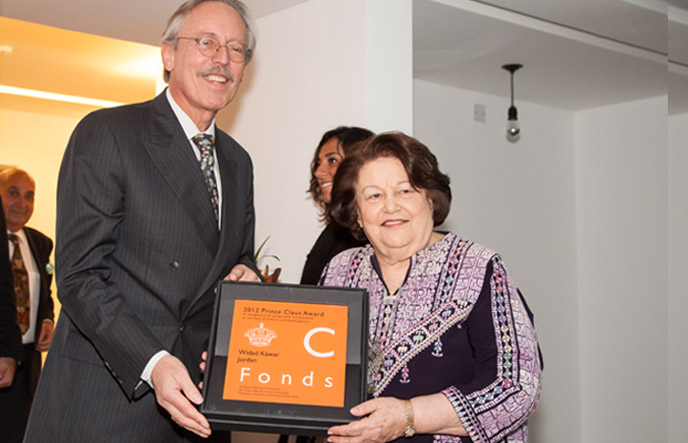